The sudden attack of COVID-19 has brought unprecedented impacts and challenges to China’s social and economic development. Under the strong leadership of the Communist Party of China with Comrade Xi Jinping at its core, the Chinese people have devoted painstaking efforts to containment operation against the virus and have achieved major strategic progress together with positive gains in the endeavour to advance economic reopening amidst day-to-day COVID-19 response.

Measure One, precise county-by-county classification of health risk levels adjustable in light of epidemic developments to enhance safety preparedness for economic reopening. The criteria for low-risk regions are no confirmed cases or no confirmed new cases for 14 consecutive days; Medium-risk regions are those with confirmed new cases within 14 days, but the total confirmed cases not exceeding 50, or those with a total of over 50 confirmed cases but no clusters of cases within 14 days; High-risk regions refer to places where the total confirmed cases surpasses 50 with clusters of cases within 14 days. Measure Two, nationwide application of “health code”. Epidemic-related information on personal identification, health status, contact history, travel or residence history thus can be communicated for the establishment of an inter-provincial mutual recognition mechanism of health codes. Measure Three, stringent prevention and control measures for economic reopening. Tighter measures must be taken such as body temperature and face mask checks, routine health inquiries, and denial of entry to places of work for persons with fever or coughing symptoms. Measure Four, intensified management on places of work and dining. Factory compounds and equipment must be regularly disinfected, complemented by frequent ventilation and discontinuation of central air-conditioning facilities. Gathering of people must be minimised through, among others, the exercise of individual serving, lunch boxes, staggered dining times, dining distancing of 1 meter or more and food delivery to workers.

By mid-April, there were 25 provinces in China where over 80% of businesses had resumed operation. Across the country, 99% of large industrial enterprises had restarted production with 94% of the workforce returning to their posts. As for state-owned enterprises directly under the central government, 99.4% of them had reopened and most had registered remarkable improvements in their balance sheets. In addition, 84% of small and medium-sized enterprises (SMEs) had resumed production.

II. Intensified macro-policy regulation. By making good use of counter-cyclical regulation, more pro-active fiscal policies and flexible and feasible monetary policies have been introduced to offset the impact of the epidemic.

Measure One, special treasury bonds for epidemic response have been issued, with the scaling-up of local government special bonds to bolster financial support for grassroots-level operations and for major projects that help fix weak links. Measure Two, multiple measures haven been taken including cuts in the required reserve ratio and interest rates and re-lending to maintain reasonably sufficient liquidity, bring down market interest rates of loans and funnel more money to support the real economy and the SMEs in particular. Measure Tree, preferential tax and fee policies have been implemented to facilitate epidemic prevention and control and lower the burden on enterprises, including the exemption of personal income tax on epidemic subsidies, and reduction or exemption of value added tax for small and micro businesses as well as self-employed traders. Measure Four, greater policy support has been provided to vulnerable industries and businesses such as transportation, catering, the hospitality industry, and tourism, with concrete measures taken including extending the period for rollover of losses.

In the first quarter of 2020, tax and fee cuts nationwide amounted to RMB 742.8 billion yuan, of which RMB 318.2 billion yuan were attributed to newly-introduced preferential tax and fee policies to support epidemic response as well as economic and social development.

III. Comprehensive and vigorous employment stabilisation measures. In light of the changes in the employment situation, policies have been readjusted with equal emphasis on reducing the burden on employers, stabilising existing jobs, and creating new job opportunities, while ensuring the delivery of phased cuts or exemption of social security contributions, rebates of unemployment insurance premiums, and employment subsidies. Flexible work arrangements of various forms have been made to secure early operation of self-employed businesses and early employment of college graduates.

Measure One, a policy package for job stabilisation and creation in assistance to employers regarding exemption, reduction or deferment of social security contributions, rebates of unemployment insurance premiums and employment subsidies. By early May, a total of RMB 42.3 billion yuan had been rebated as unemployment insurance premiums to 3.2 million businesses, benefiting 85.13 million employees. Measure Two, the 100-day Online 10 Million Recruitment Campaign. By the end of April, 15.11 million job placements had been published by 1.48 million companies. Measure Three, prioritised support to poor job-seekers. Through closer coordination between the hometowns and work destinations of these job-seekers, and the provision of “point-to-point” non-stop transportation, 26.0379 million poor migrant workers from 25 provinces had found jobs by the end of April. A total of RMB 156 billion yuan from the central government coffers had been earmarked to ensure the essential needs of people of various localities living in difficulties.

IV. Measures to ensure the normal operation of foreign trade and investment. Measures have been taken to secure the industrial chains and supply chains for foreign funded enterprises. Customs clearance procedures have been simplified. Charges at ports and quarantine checkpoints have been lowered and more measures for foreign exchange facilitation have been rolled out. Assistance has been provided to foreign companies to address difficulties in resuming work and production. Extra efforts have been devoted to the implementation of major foreign-funded projects and further opening of the financial sector and other service industries.

Measure One, effective and maximum application of export tax rebate, export credit insurance, and other foreign trade policy instruments. All export tax rebate procedures can be processed through “non-contact” means, thus reducing the average processing time to 8 working days. Measure Two, prioritised support to the reopening of leading enterprises and key business links in foreign trade-related sectors and regions where supply chains are highly concentrated. A survey of 8200 leading foreign-funded enterprises shows that 76.6% of them were operating at over 70% of capacity by the end of April. Measure Three, improvement of policy system in support of new business forms in foreign trade sector. Forty-six new pilot zones of cross-border e-commerce have been set up, bringing the total number of such zones to 105 nationwide. China Import and Export Fair (Canton Fair) will be held online for the first time, providing services around the clock for Chinese and international businessmen to place orders and do business from where they live.

Going forward, continued efforts will be focused on the implementation of prevention and control measures in an earnest and down-to-earth manner, so as to prevent both case import and domestic resurgence. At the same time, work will be intensified to achieve high-quality development through pursuing supply-side structural reform and forging ahead with the policy of reform and opening-up. Priority will be placed on maintaining the stability in six key areas of employment, finance, foreign trade, foreign investment, domestic investment, and market expectations, and to deliver on the commitment of securing employment, people’s livelihood, the development of market entities, food and energy security, stable operation of the industrial and supply chains, and provision of public services at community level. On account of these efforts, economic development and social stability in China will be guaranteed towards fulfilling the target of eradicating poverty and securing a decisive victory in building a moderately prosperous society in all respects.

Task One, prevention of epidemic resurgence in key regions and key places. Targeted measures will be introduced to regions with clusters of cases. Community-level prevention and control will be further strengthened through, among others, screening through nucleic acid testing. Guidance will be provided to schools in preparing more detailed prevention schemes for reopening to protect the safety and health of both teachers and students. Targeted approach will be adopted to prevent nosocomial infections and optimise the management of patient care and visit. Task Two, more flexible and effective measures to buttress key areas and weak links to prevent case import. Efforts will be made to enhance the capacity building of border regions and port cities to perform health and quarantine inspection, case isolation and treatment. Task Three, a major campaign to reinvent industrial basis and upgrade industrial chains. While keeping routine containment measures in place, more work will be done to remove barriers and fix broken links in key industrial chains, and secure provision of production factors for vital industries, leading enterprises and major investment projects. All these efforts are aimed at ensuring synchronised reopening of both upstream and downstream enterprises, that of manufactures, suppliers and traders, and that of large, medium and small businesses. Task Four, closer international coordination and cooperation to keep global industrial and supply chains stable. Meanwhile, international cooperation on epidemic control and prevention must continue with intensified efforts. 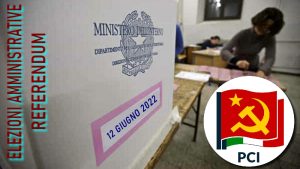 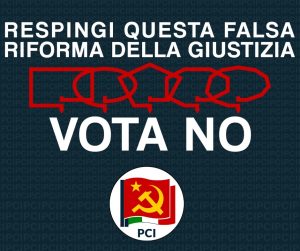 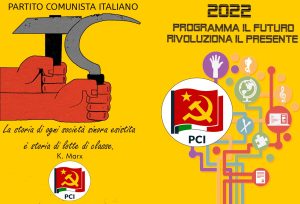 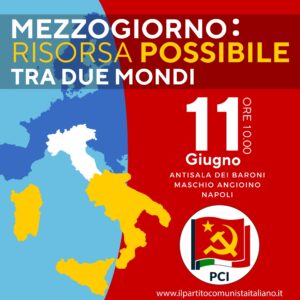